Darell Perry with Goldie and Edward Perry in front of Perry's former location at 1501 9th St. 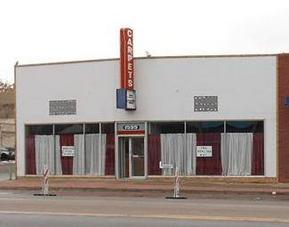 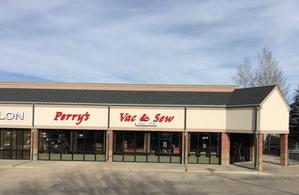 Perry’s got its start back in 1947 and we are one of the oldest companies still operating here in Greeley, CO today. We service, repair and sell vacuum and sewing machines. The success of the company didn’t start overnight and we have a long, unique history.

​​Darrell and Henrietta operated the business successfully, with their son, for 31 years until Darrell passed away of cancer in 2005. Posthumously Darrell was inducted into the Kirby Hall of Fame in 2022. 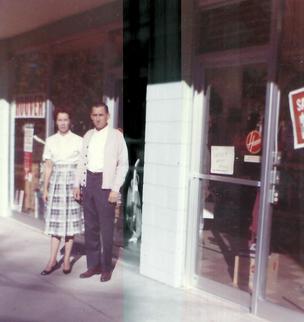 In the early 1980's Darrell could see the decline of the Hoover company. Darrell found an up and coming vacuum company based in Fullerton California. That company was Riccar America. 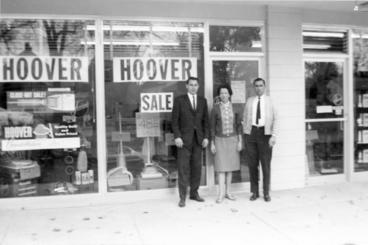 In 1974 Edward and his wife Goldie wanted to retire and sold the business to their son Darrell and daughter in law Henrietta Perry. Prior to owning Perry's Darrell began selling Kirby brand vacuums in the late 60's and 70's. As the business began to grow and change, their son Joseph, in 1976  Joseph began working in the business at the age of 13. Throughout the years both their daughters, Debra and Jackie, worked in the business for many years. In order to have more time to raise their families both have since left the company. 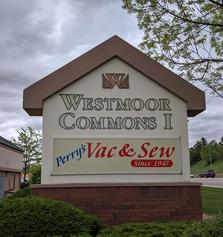 After Darrell's passing it stayed a family business as Joseph and Henrietta operated the business together until 2016 when Henrietta retired from ownership of the company. Today Henrietta enjoys the quite life of retirement with Joseph continuing to run the business.

During the late 1940’s Hoover transferred Edward to Cheyenne, WY where he sold vacuums there for a number of years. Due to company restructuring Edward came to Greeley, CO which is where Perry’s history really begins.

In 1950, when the Hoover company began phasing out its outside sales force, Edward Perry saw an opportunity to be in business for himself and opened a storefront location in conjunction with another local appliance company, Repps, Inc. on 16th St. and 8th avenue.

Over the years, during the 80’s and 90’s Perry’s brought in a number of other vacuum brands from Sebo, Shark, Bissell, Eureka, Oreck and Dyson. It was also during this time, around 1989, that Joseph learned how to demonstrate sewing machines and later how to repair them, bringing in another successful aspect to the Perry’s business history.

Today the business continues on as Perry Vac & Sew, LLC with Joseph at the helm. We have many staff members who help us keep things running smoothly. Joseph looks forward to continuing to grow the business and have it thrive for decades to come serving the community we’ve grown to love. You can find us here in the Westmoor Common I shopping center.

Henrietta and Darrell Perry with their kids, Debbie, Jackie, and Joseph. 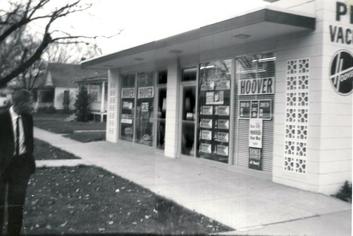 Riccar was producing a high quality product overseas. However to maintain quality control every machine produced overseas had to be inspected state side before being released for sale. That process was very expensive and in the mid 1990's Riccar with their now parent company Tacony Corporation of Saint Louis Missouri, moved production to Missouri. Today almost all of Riccar products are made in Saint James Missouri. Perry’s continues to sell Riccar vacuum as one of our lead vacuum companies.

Edward Perry, founder of the Perry’s business in 1947, had been a product demonstrator’s since the 1930’s for Hoover vacuum in Kansas since before World War II. Hoover manufactured war supplies instead of vacuums during this time however Edward was still out selling vacuums. Following the war Hoover had hundreds of bond tags for vacuums that were paid for all he had to do was deliver them. 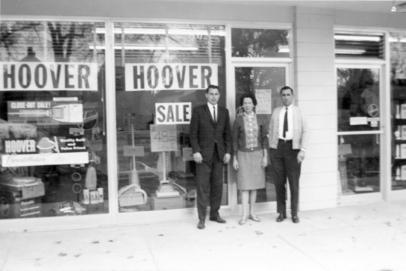 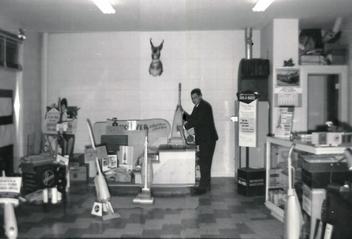 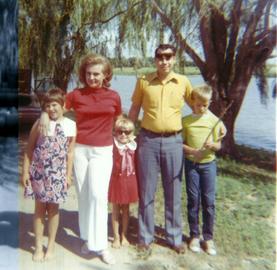 In 1962, Edward bought a property at 1501 9th St. in Greeley, upon which he had built a store front that would become Perry's Vacuum Center. His focus continued to be the Hoover vacuum. Today Hoover is no longer a leader in high quality products, having run into financial troubles in the mid 1990's.